Many articles already exists about dynamic partial reconfiguration, but they often make use of pre-generated bitstreams (using Xilinx proprietary design suite [1]). Thanks to the amazing work of the guys at fpgatools [2] who reversed engineered most of the internal bits configuration of the Xilinx Spartan6 LX9, it is now possible to generate/modify the FPGA configuration without any Xilinx tools, e.g., directly on microcontroller.

How does it work?

The advantage of this architecture where a chunk of bitstream is read-patched-and-written-back to the target, is that not all bits of the internal configuration have to be understood. The FLR server only patches the known bits (e.g., a LUT equation), while the other (possibly unknown) bits remains untouched. 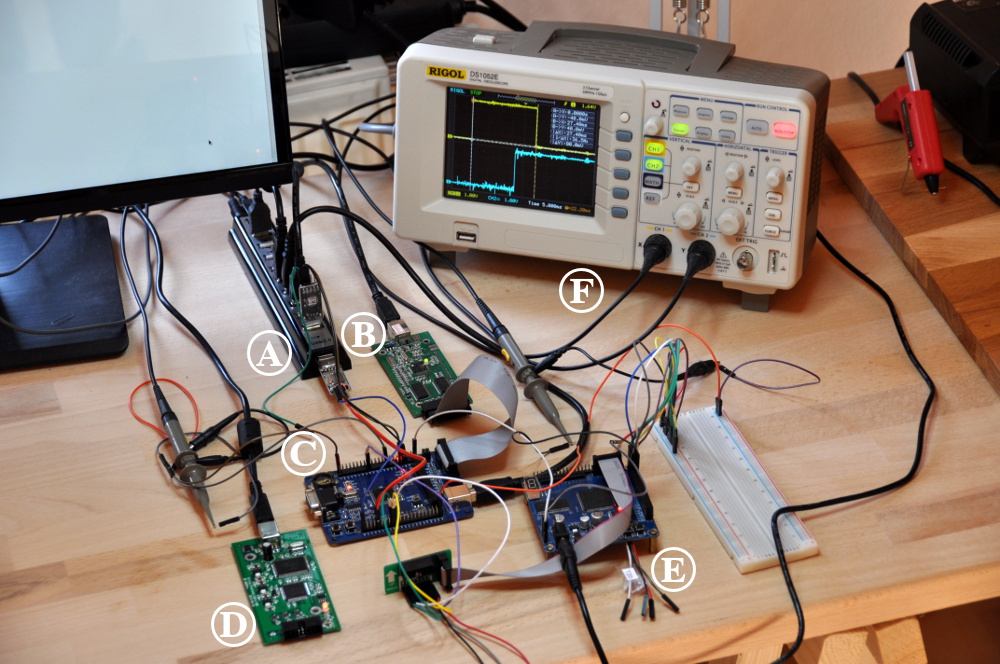 Below each step is the corresponding FLR [3] request words.

The smallest addressable piece of configuration is the frame (65 16-bit words). Two frames have to be changed for a LUT equation. Partial read and write also require a dummy frame containing 0xFFFF only (according to [UG380]), hence the minimal amount of transfered data at read or write is:

In this test, a simple AND gate is initially implemented to the FPGA from the serial flash memory. The sequence transforms the AND gate into a OR gate. In the oscilloscope screenshot below, the green signal is connected to a GPIO pin of the microcontroller which is set to high before starting the reconfiguration, and set the low at the end. The blue signal is the output of the inital AND gate which becomes an OR gate. Of course, during the test, only one of the gate intputs is set to high. 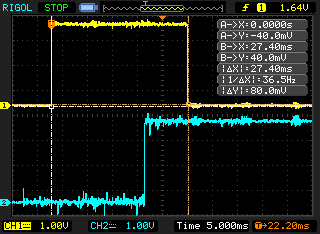 Can it be faster?

Bit banging on the microcontroller side is currently very slow, because the GPIOs are controlled directly by the CPU and this one is only running at 48MHz (instead of 72MHz possible, because of a bug in my board). It could easily be twice as fast at maximum speed, or three times faster using a STM32F4 at 160MHz. Using the FSMC and SelectMap 16-bit FPGA interface, reconfiguration could even be significantly faster (up to 16-bit@50MHz according to the datasheet).

At the maximum theoretical speed, a minimal reconfiguration sequence would take:

According to the configuration manual of the Virtex-6 [UG360] (v3.8, p.117), the Frame Address Register (aka FAR) gives the possibility for configuration up to the row granularity (see Row Address in the table). Therefore it is no long required to write a frame consisting of a whole minor (65 16-bit words for the Spartan-6, 81 32-bit words for the Virtex-6) like for the Spartan-6 which uses FAR_MAJ and FAR_MIN registers.